After several betas and months of development, we are excited to announce the release of pywb 2.7!

This release includes a new banner and calendar user interface for pywb written in Vue. The new banner has the same localization/multi-language support as pywb 2.6 with a number of new additions and improvements, including an interactive timeline for navigation between captures and easier local theming of the banner via the config.yaml configuration file.

We hope that this new UI will be more flexible and easier to modify to meet user needs. 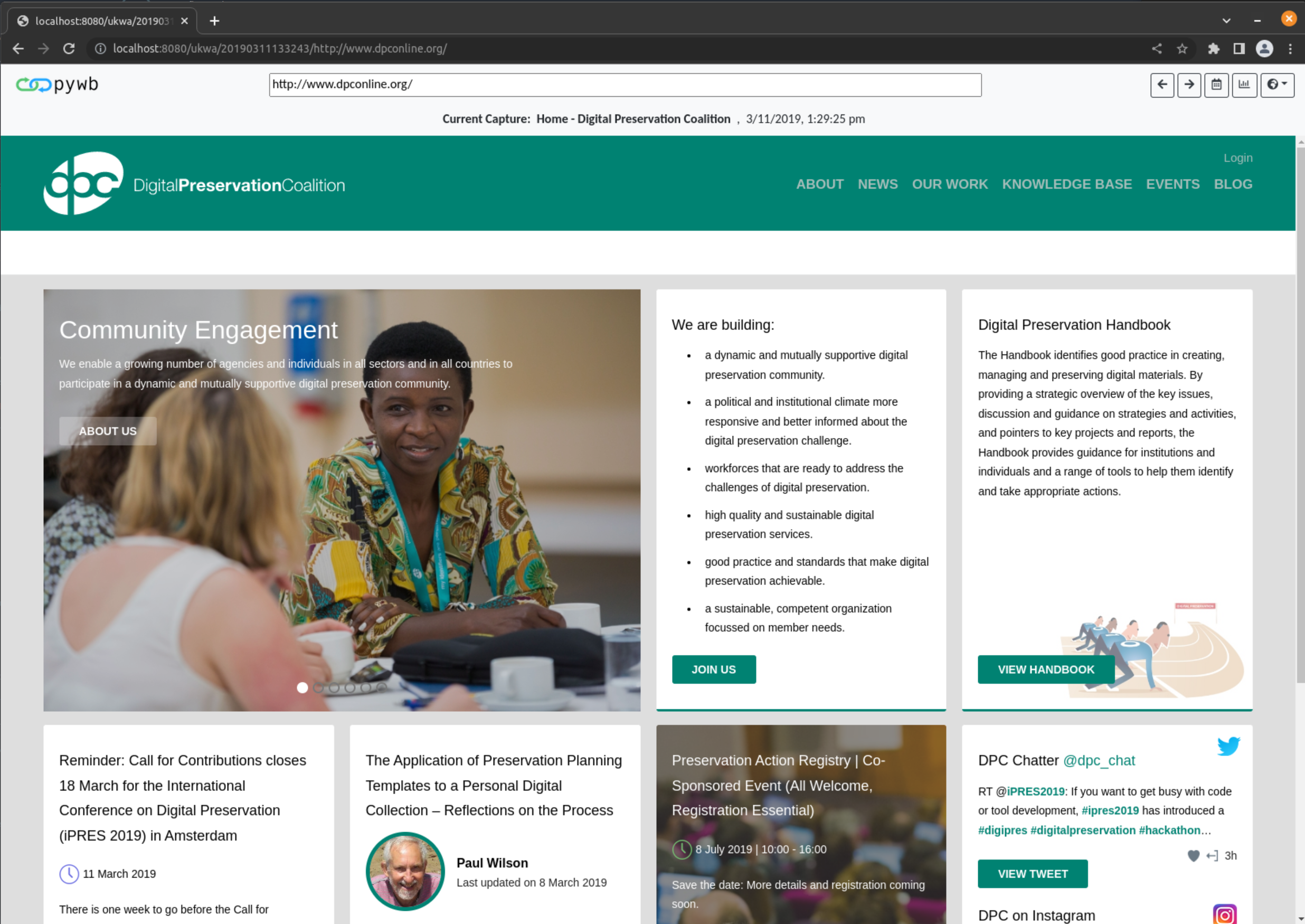 The new timeline and calendar can be independently toggled on and off as needed: 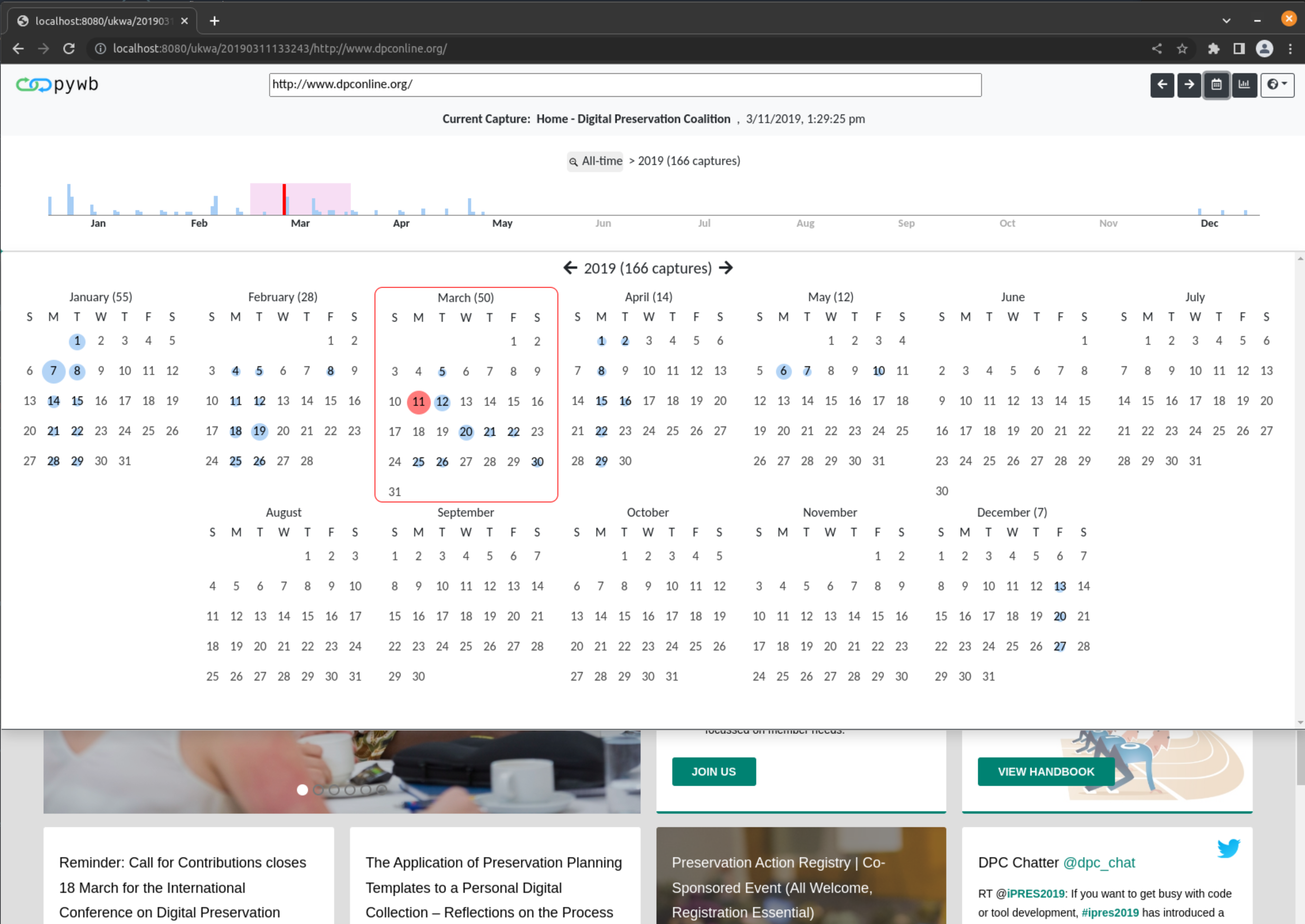 The pywb documentation now has a section on the how to use and custom the new Vue UI, and a complete list of changes is also available in the pywb Changelist on GitHub. This release also adds a new contributing guide to the pywb GitHub repository with information about how to submit issues, propose new features, and contribute code to pywb.

This release builds on previous rounds of work which were supported by the IIPC. Webrecorder wishes to thank the IIPC membership for their beta testing and feedback for the 2.7.0 release.

The next release of pywb is planned to include support for the WACZ format created and used by other Webrecorder open source tools, including browsertrix-crawler, ArchiveWeb.Page, and ReplayWeb.Page.

Community consultation and roadmapping for a future pywb 3.0 release is also currently underway - be sure to stay tuned in the coming months for updates!

Have thoughts or comments on this post? Feel free to start a discussion on our forum!